Previous postBacteria in the Nasal Passages 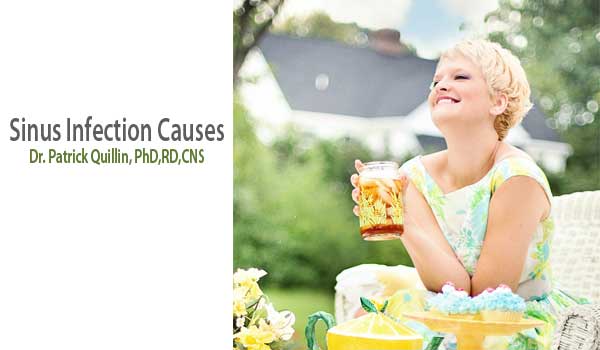 by Dr. Patrick Quillin, PhD,RD,CNS
in Sinus Blog
Comments are off for this post.

Early biologists categorized all of life as either plant or animal. Then they discovered fungi, which sometimes look like tiny mushrooms under a microscope. Fungi neither move for their food, like animals, nor do they gather energy from the sun, like plants.

Fungi generate an amazing array of enzymes to dissolve dead or dying plant and animal material. Fungi digest the fallen leaves in your backyard, the dead animal on the highway, and much more. 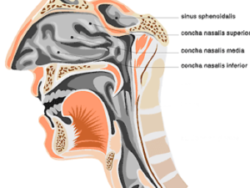 Fungi generate so many spores that they make bacteria and rabbits look infertile in comparison. Fungi that cause smut on corn can generate 25 billion spores per ear of corn. Fungi that decay dead wood (Ganoderma applanatum) can generate 5.4 trillion spores per season (6 months) per dead tree. All of these fungal spores are flying through the air with the greatest of ease for you to breathe into your sinuses.

In one study, Professor Christensen used a specially colored fungus that was not found in this particular area. He merely took off the lid of the fungus culture dish on the first floor of a building and within 5 minutes the fungal spores moved through the office building ventilation system and were found on the fourth floor in the density of thousands of spores per square yard.

Tips to Improve Your Sinus Health

Fungal spores have been collected in the air north of the Arctic Circle, thousands of miles from their source. (Hudler, GW, MAGICAL MUSHROOMS, MISCHIEVOUS MOLDS, p.27, Princeton University Press, 1998). The point is, fungi are plentiful and everywhere. Though we cannot escape them, we can cleanse them from our sinuses and reduce the discomfort they can cause.

YOUR LOCAL MOLD COUNT. Some areas of the world have more fungi (mold) in the air than others. The greater the humidity, the higher the temperature, the more plant life surrounding you, and the further from the sea; all create mold levels that can overwhelm even a healthy system. Mold grow poorly in higher elevations above one mile (5280 feet), which is why more people in Tulsa, Oklahoma have sinus problems than Aspen, Colorado. Mold grow slowly in colder climates, but quite well in the stagnant environment of indoor central heating.

Fight Viruses and Germs in the Nasal Passage

Don’t think you can run to where it is dry for complete relief. There are mold that are native to the desert regions of the southwest U.S., such as cocciodioides, also known as “Valley Fever”. Other mold that is common in bird droppings, cryptococcosis, can infect people who work around bird dung. Since much of the population explosion in the U.S. has occurred in the sunbelt, there are over 100 million Americans who live where the mold count outdoors for much of the year can cause symptoms of sinusitis. 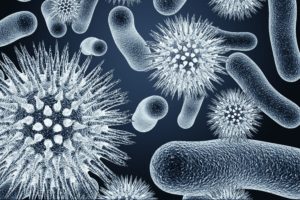 There are over 400,000 species of fungi on earth, of which 400 different species can cause diseases in humans. According to the prestigious textbook on fungi, PRINCIPLES AND PRACTICES OF CLINICAL MYCOLOGY, “The majority of exogenous fungi causing serious invasive disease are acquired by inhalation. Large number of spores of the pathogenic fungi may be released into the air in dusty conditions, which are associated with increased incidence of infection.” (p.16) In other words, those pesky fungi that are causing itchy swollen eyes, headache, and sinus congestion can also be causing much more damage in the body.

Common fungal infections in humans include: Aspergillosis, Blastomycosis, Candidiasis, Chromomycosis, Coccidioidomycosis, Cryptococcosis, Histoplasmosis, Sporotrichosis, and Zygomycosis. Dandruff, athlete’s foot, vulvovaginitis, thrush (white coating on tongue), eczema, psoriasis, toenail fungus, and ring worm are all common fungal infections that occur in Americans on the surface. All the more reason to use SinusCleanser to flush out the fungi on a daily basis. You probably take a shower once a day to clean the outside of your body. Why not cleanse your sinuses on a daily basis with SinusCleanser to keep the mold load in your sinuses and your body at a manageable level.

According to a Government Accounting Office report, 20% of the 80,000 schools in the U.S. have indoor air quality problems, most of which centers around mold (fungi). Fungi grow best in an environment that is dark, warm, wet, stagnant, and has some sugar to grow on. This set of conditions is found in almost every school in America throughout the summer, with books, drywall, and wood being food for the common mold, Stachybotrys. The mold spores from Stachybotrys are inhaled and become extremely toxic to the nervous system, causing debilitation that looks like Parkinson’s disease, or may simulate Chronic Fatigue Syndrome.

A common sequence of events is that children go back to school in the fall, after the school has been locked up throughout the hottest part of the year, and the child begins to have bloody noses, or asthma, or behavioral disorders. These health problems may be caused by mold in the schools, especially if there is any standing water source, such as a leaky roof. Sinus Cleanser can help these people, too. Although the real answer with Stachybotrys is shut down the source of water and then complete removal of the infected wood, books, drywall, and other materials where this nasty persistent black mold grows.

Dr. Patrick Quillin, PhD,RD,CNS is an internationally recognized expert in the area of nutrition and cancer. He has 30 years experience as a clinical nutritionist, of which 10 years were spent as the Vice President of Nutrition for Cancer Treatment Centers of America where he worked with thousands of cancer patients in a hospital setting. His is a best selling author with 18 books which have sold over 2 million copies.